Here’s a question for you! Have you experienced your memory, so to speak, playing tricks on you? Do you remember something that happened 50 years ago in great detail but can’t for the life of you remember where you left your spectacles a mere 5 minutes ago? To prove my point, here’s a quick example. As I write this blog post, my brain flashes to me an appropriate line: “Yes, I’m certain that it happens all the time!”. It is from the distant past being from the popular song, ” With A Little Help From My Friends”  by The Beatles released in 1967!!  END_OF_DOCUMENT_TOKEN_TO_BE_REPLACED

Some of you, I know, have been following here the story of a school that is today over 159 years old. I speak of my Alma Mater, the good old Lawrence School, Lovedale. This is located in the scenic Nilgiri Hills in the state of Tamilnadu in the south of India. You would recall that a bunch of us who are alumni, (we are called Old Lawrencians or OLs for short), have attempted to write a book on the history of this old institution.

We decided to call it “Glimpses of a Glorious Past: An Informal History of The Lawrence School, Lovedale.”  Book 1, which covered the first fifty years from 1858 to 1908 was uploaded to the website of The Old Lawrencians Association, Lovedale on June 10, 2017. I shall not describe this because I would like you to read it for yourselves.

Later came Book 2, which covered the next fifty years from 1908 to 1958.  This was uploaded on July 26, 2017. The period covered in Book 2 saw the zenith of the old British Raj and later the coming of Independence for a new, democratic India.

I am pleased to inform you that yesterday, Book 3 of “Glimpses…” has been uploaded. This covers the third fifty years from 1959 to 2009. By then the School already had a reputation for being one of the finest public schools in India. I use the term ” public school ” in the way it is used in the UK as distinct from the public school in the United States.

Here’s hoping Old Lawrencians all over the world across many generations would enjoy dipping into this work from time to time to savour the sense of the past. Many have contributed by sharing their reminiscences and giving their inputs.

On June 10, 2017, I had shared the links to Book 1 of  “Glimpses of a Glorious Past: An Informal History of The Lawrence School, Lovedale” which resides in the website of the Old Lawrencians Association (Lovedale). In that post, I have explained in detail about this book project and how happy we the contributors were that it was supported by the Old Lawrencians Association. The book was formally released at Lovedale during the Annual General Body Meeting of the OLA during Founder’s on May 22, 2017. Book 1, for those of you who have not yet read it, covers the period from 1858 to 1908. 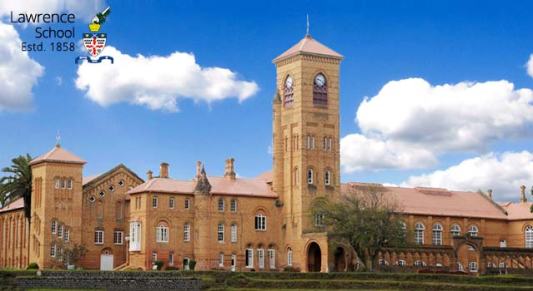 I am delighted to inform you that Book 2 of ” Glimpses….” which covers the second fifty years from 1908 to 1958 has recently been uploaded to the website of the OLA.  Here is the link for you to read Book 2 of ” Glimpses of a Glorious Past: An Informal History of The Lawrence School, Lovedale”.

As you can imagine the second fifty years were of crucial importance in the history of the School. I have captured the essence of Book 2 in this blog post of July 12, 2017 titled, ” About Book 2 of Glimpses….”.

Happy reading and send us your comments and feedback. Thank you!

On June 10, 2017,  I had posted links to Book 1 of “Glimpses of a Glorious Past: An Informal History of The Lawrence School, Lovedale.” This covered the period of the first 50 years of The Lawrence School, Lovedale from 1858 to 1908. As is commonly known, the School was named after Major General Sir Henry Lawrence KCB (1806-1857) who initiated the idea of providing schooling for the children of British soldiers in India, a large number of whom were orphans. He made the first financial contributions and helped raise funds for this purpose. He and his wife Honoria had the satisfaction of seeing their dream come true with the establishment of the Lawrence Asylum at Sanawar in 1847. This is now known as the The Lawrence School, Sanawar. Some years later, in 1855 this was followed by the Lawrence Asylum at Mount Abu in Rajasthan. In the memory of Sir Henry, the main subject of our book which is the institution started as the Ootacamund Lawrence Asylum, was established in 1858. END_OF_DOCUMENT_TOKEN_TO_BE_REPLACED

I am delighted to say that a book project in which I was fairly immersed for a year or more has finally been launched successfully. “Glimpses of A Glorious Past: An Informal History of The Lawrence School, Lovedale” has found a home in the website of the Old Lawrencians Association (OLA). It was formally released on May 22, 2017 at the AGM of the OLA by its President, Mrs. Rukhmini Reddy Krishnan, (Class of ’61).

The School, founded in 1858, is now over 150 years old. We therefore decided to break the informal history into three parts of fifty years each. Book 1 covers our Founder, Major-General Sir Henry Lawrence, KCB and the formative years of the school. It describes the first 50 years of this institution in the Victorian era of the British Raj.  Here is the link for you to read Book 1 online wherever you are and whenever you wish to do so.

END_OF_DOCUMENT_TOKEN_TO_BE_REPLACED

When we were in school, I remember studying the famous sonnet, “Death Be Not Proud” by the English poet, John Donne (1572-1631) . I must have been around 13 or 14 then and this poem made a big impact at an impressionable age. The first lines remain etched in my mind though over 50 years have flown by since I first came across them. “Death, be not proud though some have called you Mighty and Dreadful, for thou art not so…” Donne mocks death and says it is not something to be feared as it happens to everyone. He concludes by personifying Death, predicting that one day Death too shall die! ” Death shall be no more. Death, thou shall die.” END_OF_DOCUMENT_TOKEN_TO_BE_REPLACED

I had the pleasure of participating in the Second OL Book Reading Festival held at The Lawrence School, Lovedale recently.

I was delighted to participate in the Second OL ( Old Lawrencians) Book Reading Festival that was organized as part of the 155th Founder’s Celebrations, in my alma mater, The Lawrence School, Lovedale on May 2, 2013. END_OF_DOCUMENT_TOKEN_TO_BE_REPLACED